Big boats pulled away from main fleet that became becalmed and separated leading to concern for fairness on both occasions.

What should have been a long inshore race along The Solent today turned into a waiting-game with no reward at the end in the Brewin Dolphin Commodores’ Cup at Cowes as racing was abandoned for the day.Ireland remains the event leader after three races including the high-scoring offshore event that finished in the early hours of Tuesday morning.After starting this morning one hour earlier than planned, all three Team Ireland boats had a good start to the race that enjoyed a light north-westerly breeze off the Peel Bank.  But the ebb tide was building and when the wind died, only seven boats had managed to break out of the notorious tidal stream. 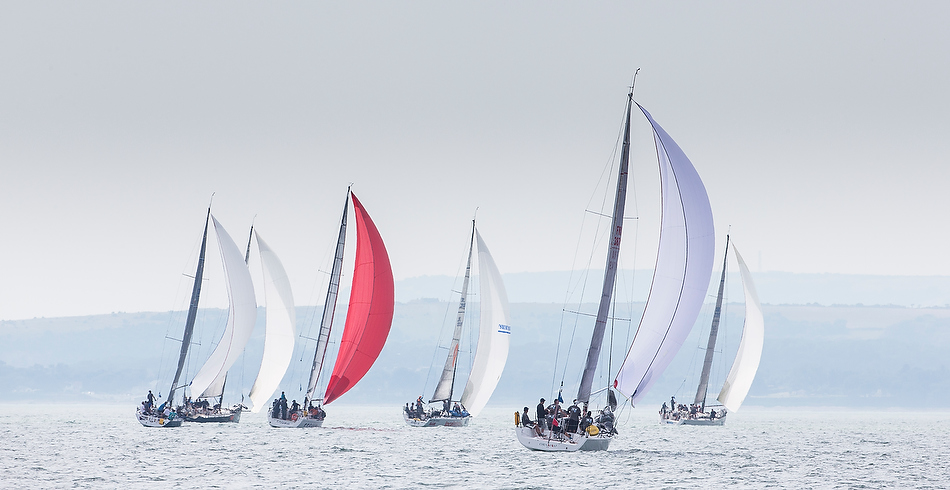 Marc Glimcher’s Catapult was second on the water followed by Anthony O’Leary’s Antix in fifth and Michael Boyd and Niall Dowlings’ Quokka 8 in seventh.As the leaders reached Hayling Bay and started the windward-leeward section of the course, the bulk of the fleet were still trapped in The Solent.  The Race Committee then abandoned the race on fairness grounds and opted to set a straight-forward windward-leeward course.Once underway, barely had this race completed it’s first of two laps than the wind shifted 100 degrees and then died leading to a second abadonment.  After waiting to see if the breeze returned, the fleet began motoring back to Cowes some 12 miles distant in the hope of picking up more breeze in The Solent but to no avail.The crews are expected back in West Cowes by 1800hrs and the Royal Ocean Racing Club is expected to announce changes to the remainder of the week which just has to complete one more race to qualify as a series.Weather forecasts between now and Saturday do not offer much prospect of change and the normally reliable sea breeze has been hampered by the stationery high pressure system over the region. 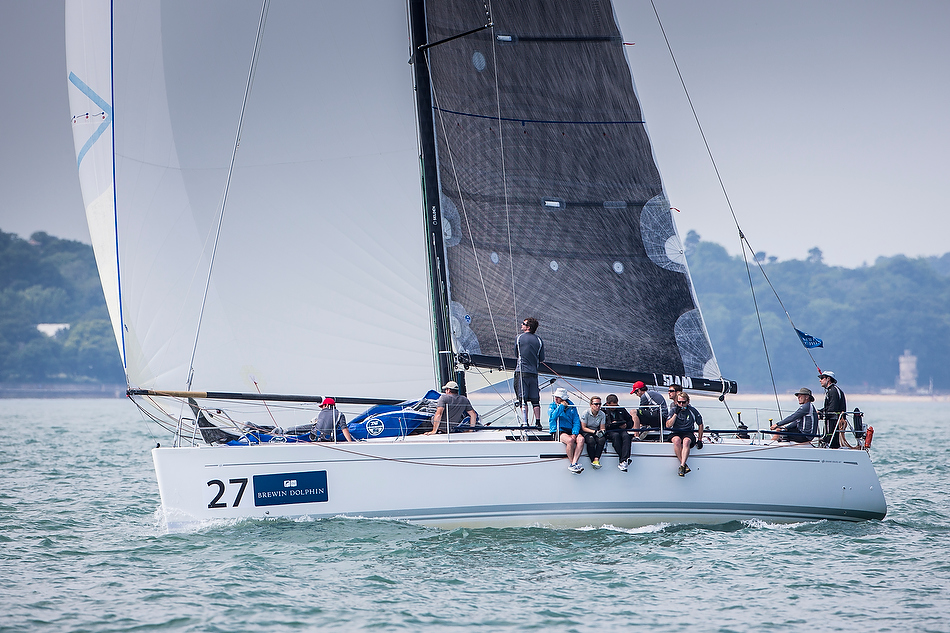 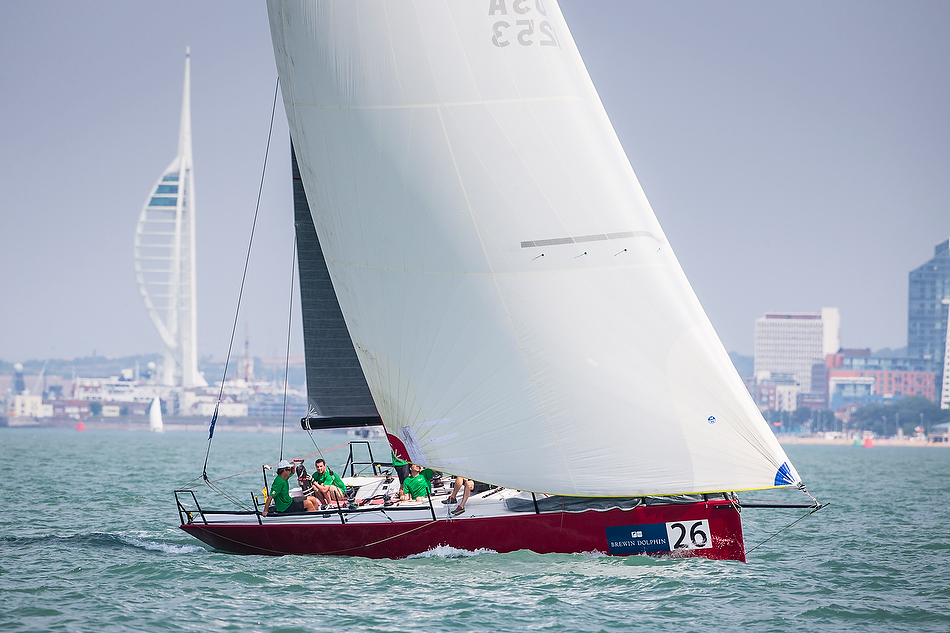 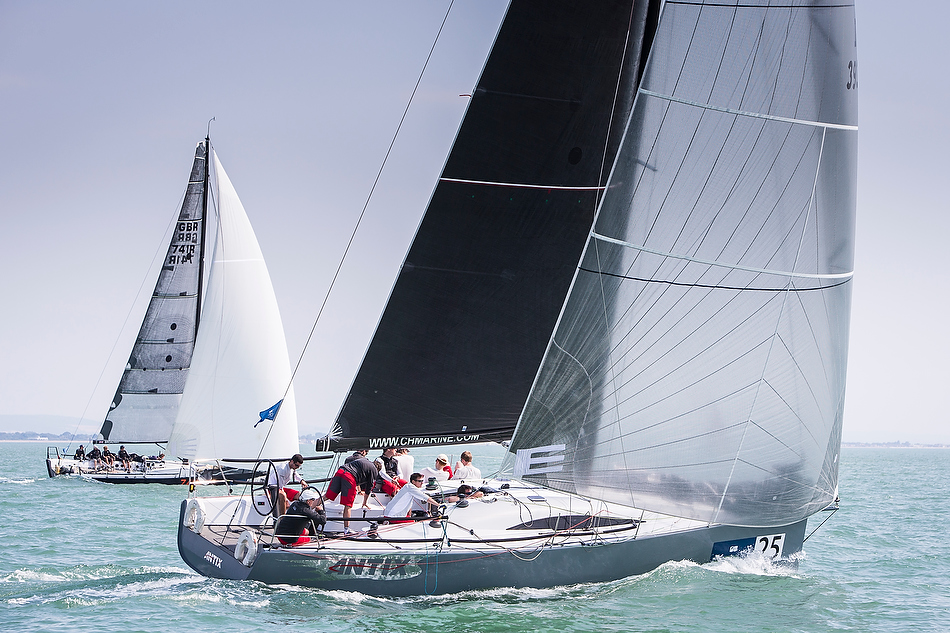