Winning team to receive €10,000 for their nominated charity.

The inaugural Beaufort Cup will take place this July hosted by the Royal Cork Yacht Club, Crosshaven, Co Cork, Ireland, as part of the highly successful Volvo Cork Week. It will be part of a series of Irish Government supported National, and International commemorations in 2016, to recognise the significant events that took place a century ago, leading to the creation of an Independent Irish Republic.

“The Beaufort Cup invites sailing teams from their associated national services, 50% of each team must be active in the service they represent. Racing will take place over five days in a mix of challenging offshore and tactical inshore racing. Teams will get the chance to enjoy the renowned social experience of Volvo Cork Week and the winning team will also have €10,000 donated to a nominated charity of their choice while the winner will also be eligible for the ‘Boat of the Week’ prize at Volvo Cork Week 2016” says Kieran.

This event hopes to develop valuable bonds between national team members and international colleagues alike, through a competitive, but also very sociable, event. The Beaufort Cup represents a fantastic opportunity to strengthen international ties through offshore sailing and closely fought inshore racing in the natural maritime amphitheatre that is Cork Harbour.

The inaugural event, hosted by the Royal Cork Yacht Club, will truly be a historic occasion and the Irish Defence Forces are delighted to have the opportunity to support, and compete, in the Beaufort Cup. The Irish Naval Service Headquarters is located in the heart of Cork Harbour and will play a strong supportive role in the event.

The Royal Cork Yacht Club, supported by the Irish Defence Forces, invites services from Ireland, Europe, and further afield, to compete for the Trophy. It is hoped that Defence Force Teams from a number of countries will compete and also other services such as Police, Fire, Rescue, RNLI and Coastguard service teams.

Make the choice to be part of a very special Regatta with a unique social aspect, by committing to compete for the Beaufort Cup Trophy at Volvo Cork Week in Cork Harbour, Ireland, July 2016. 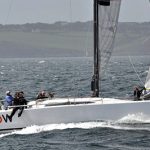 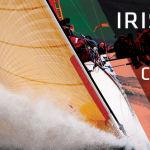 ICRA Nationals 2016 Launched at Howth Yacht ClubFeatured, ICRA Cruiser Nationals, News
We use cookies to ensure that we give you the best experience on our website. If you continue to use the site we will assume that you are happy with the use of our cookies.OkRead more