During the Extraordinary General Meeting that took place on Wednesday 21 March 2018 at the Maldron Hotel, Portlaoise an Interim Constitution was adopted as a first step in allowing the election of a new Executive Committee until the next AGM. The following were elected:

During the meeting two special mentions were made to long serving members of the Executive Committee who decided not to continue during 2018:

Denis Kiely: Denis Kiely was thanked for all his years of hard work since ICRA began, usually in the background as Honorary Secretary, supporting all the ICRA executives throughout the years and the development of the association. He will be missed, but we hope to see him collaborating with the association in other capacity at future events.

Norbert Reilly: Norbert Reilly was thank for his service in raising the level of yacht racing in Ireland and his determined enthusiasm to increase the participation in the sport.

Meeting minutes can be downloaded for review. 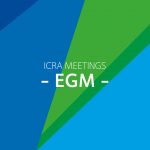 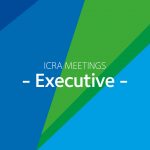