The reason for this addition is that:
It is not unusual for crew sitting on the rail to be supported only at their upper legs when hiking facing outboard. The term “sitting on the deck” is difficult to define and to avoid unnecessary and difficult protests a simple and effective solution is to remove this requirement from RRS 49.2 while maintaining the original intention of:

a. When there are two lifelines, competitor facing outboard with their waist inside the lower lifeline may have the upper part of his body outside the upper lifeline.
b. Lifelines shall be taut (by the OSR definition) 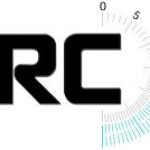 IRC 2014 IRC Congress Meeting MinutesNews, Rating, Technical
We use cookies to ensure that we give you the best experience on our website. If you continue to use the site we will assume that you are happy with the use of our cookies.ACCEPT ALLREJECT ALLRead more