The ICRA Annual Conference will take place on Saturday, November 3rd, in the Lough Derg Yacht Club. With an 11am start time. This year’s conference will feature:

A full schedule will be published shortly. The conference will start in the morning followed by the AGM and the Boat of the Year presentation.

In compliance with article 11 of the current ICRA Interim Constitution adopted on the EGM of the 21st of March 2018 the ICRA Commodore also want to draw the members attention to the following:

1- Notice of AGM
All members invited to attend the ICRA AGM which will take pace in Lough Derg Yacht Club in the afternoon of the Saturday November 3rd. Updates of the activities undertaken during the period will be presented by members of the committee and will be followed by the vote for a new Executive Committee

2- ICRA Executive Nominations
In line with the new interim constitution a new executive will be voted in by members at the AGM.  Any member who wishes to stand as a member of the executive is encouraged to put forward their candidacy by completing this online form and submitting it no later than 1 week before the meeting (Saturday 27 of October at 14:30).  Any member putting their candidacy forward needs to be proposed and seconded by members.  The completed paper form signed by proposer and seconder, plus a copy of their 2017-2018 IRC or ECHO cert need to be brought to the AGM.  The current committee will endeavour to make list of candidates that have put themselves forward made available on the website 3 days before the event. We would welcome anyone to put their name forward who would like to contribute to the future of Irish Cruiser Racing.

I look forward to sharing a productive session that continues to enable ICRA strengthen its commitment to Cruiser Racing in Ireland. 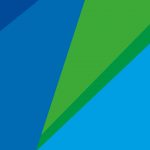 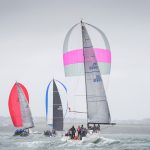