Come the end of June and the ICRA Boat of the Year standings have begun to take shape.

Success in the opening ISORA offshore of the year, the Frank Keane ICRA National Championships and the Dun Laoghaire to Dingle race has propelled Rockabill VI to the top to the leader board. A national title and Irish Half Ton Cup victory has placed Mata at number 2 on the rankings, whilst a national title and 2nd place at the Sovereign’s Cup is enough for white sails’ ace, Demelza to slide in at No. 3. A busy month for Outrajeous has placed them in 4th, narrowly ahead of national inshore champions Dux, Joker II, and Supernova, and D2D division winners Indian and Red Alert.

There’s a lot of racing still to go. July and early August, featuring the Dun Laoghaire Regatta, WIORA Championships and Round Aran race in the west together with the second counting ISORA offshore, before the autumn will bring results to count from the DBSC season, HYC Autumn League and RCYC October League. While Rockabill VI currently sits on top of DBSC Class 0 and will be a favourite for the ISORA race to Pwlheli if she enters, Demelza and Mata have the HYC Autumn League to go. All 3 are entered for the Dun Laoghaire Regatta and will be amongst the favourites for their divisions.

In a change for this season, the ICRA Boat of the Year is now awarded on a points basis with the top 3 places in an IRC division at National Championships. National regattas and regional events all count towards the rankings for the year. At the halfway point, no less than 58 boats have made their mark. 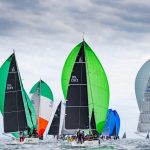 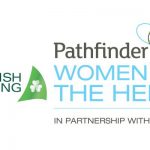 ICRA Will Fund Free Entry For Under 25 Teams at Irish Sailing Pathfinder “Women At The Helm” EventNews, Press Releases, Regattas