ICRA Boat of the Year | Lay of the land

Boat of the Year: Lay of the Land

With the south coast element of the of the BoTY calendar largely complete the rankings are currently dominated by boats from the rebel county. Offshore specialist Nieulago of the Royal Cory Yacht Club sits in pole position thanks to impressive performances in the Dun Laoghaire to Dingle Yacht Race and coastal class at the O’Leary Insurance Sovereigns Cup. A first and third in the CD Environmental Calves Week and Sovereigns respectively moves BonJourno! Part Deux into 2nd place.

It’s unknown if either will travel to the ICRA National Championships at the beginning of September, with this years event to hosted by the National Yacht Club on Dublin Bay. BonJourno! Part Deux perhaps has the stiffer challenge in adding to her BoTY score at the Royal Cork Autumn League, where Nieulago has done well in the past.

Of the Dublin boats entered for the nationals and sitting in contention, Juggernaught II of the Royal Irish Yacht Club also sits in 2nd in the BoTY. The Greystones and Howth based Kaya and Samatom notched up victories during the summer placing them in a gaggle of boats on 4.5 points. Kaya will race the Nationals in class 0 along with the 2019 Boat of the Year, Rockabill VI. Samatom will join Juggernaught II in what is expected to be a ruthlessly competitive class 1. For these Dublin boats the Howth Autumn League and DBSC Thursday series may provide the opportunity to eak out the final decisive points towards the ICRA Boat of the Year 2021.

Finally, keep an eye out too for Snoopy. The quarter tonner from Courtown scored 3 points for a 2nd place finish in class at Calves Week and will be at the Nationals where she faces a challenge from a number of previous national champions.

Full leaderboard as it stands can be found here. 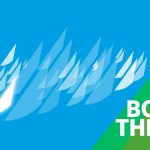