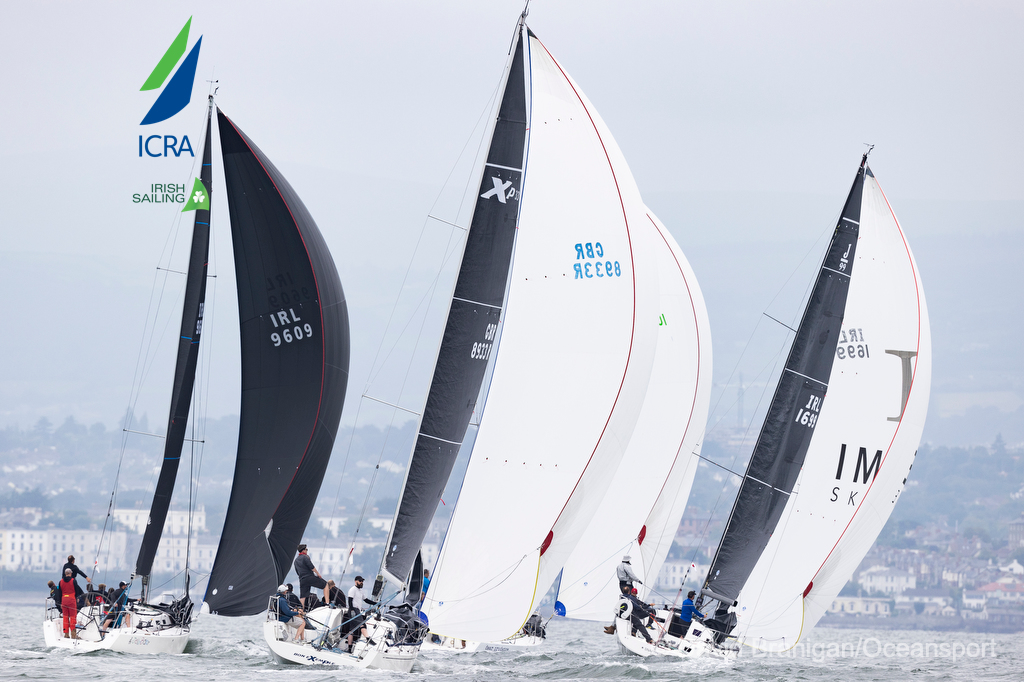 After a pause of 25 months, the annual Irish Cruiser Racing Association championships got underway on Dublin Bay where a fleet of 80 entries are contesting four national titles.

Wind conditions proved better than forecast and the full schedule for the day was completed on time for all course areas managed by Jack Roy and Con Murphy with their teams based at the National Yacht Club, host organisers for this year’s event.

Few classes have clear leaders at this early stage with ‘nip and tuck’ action after more than four hours afloat.

Joanne Hall and Martin Mahons’ Snoopy from Courtown Sailing Club continued the theme of disruption by East Coast clubs over the stronghold Dublin and Cork entries in Class 3 thanks to second and third places for the day. However, this eleven boat class has four boats within two points of first place after day one.

The largest combined entry is in Class 1 with 23 entries where the Kelly family on Storm from Rush are overnight leaders but only after tiebreak from the Jones family on Jelly Baby from Crosshaven on equal points.

Only Nigel Biggs on Checkmate XVIII had a clear view of the fleet in Class 2 thanks to two races wins for the day. Five Howth boats lead this field of 17 entries with Jonny Swan’s King One leading the chasing pack.

“The forecast was a little fresher than forecast which was really welcome,” said Nigel Biggs after racing. “It was a welcome return to racing and great to get two races in.”

“It was super to see everyone on the water and enjoying being at a big regatta again,” said ICRA Commodore Richard Colwell, skipper of Outrajeous in Class 1. “We’re very happy that we’re going fast but not happy to be over the line in the second race. Hopefully we’ll avoid a repeat of that in the next few days!”

Amongst the non-spinnaker boats racing under ECHO handicap, Persistence from the Royal Irish YC has a slim lead over clubmates Gung Ho after two races.

Racing continues on Saturday with medium onshore breeze expected and all fleets sailing inside Dublin Bay on a mixture of round the cans and laid courses. A single discard comes into force after four races sailed for each class.

Racing continues on Saturday with medium onshore breeze expected and all fleets sailing inside Dublin Bay on a mixture of round the cans and laid courses. A single discard comes into force after four races sailed for each class. 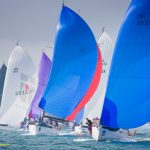