Dun Laoghaire – June 5, 2019
More than 20 clubs and all coasts of Ireland will be represented by 93 boats at the eagerly awaited ICRA National Championships sponsored by Frank Keane BMW that begins racing on Dublin Bay on Friday morning (7th June 2019).  An overall winner under IRC handicap, five divisional national titles and an Under 25 trophy are all at stake. 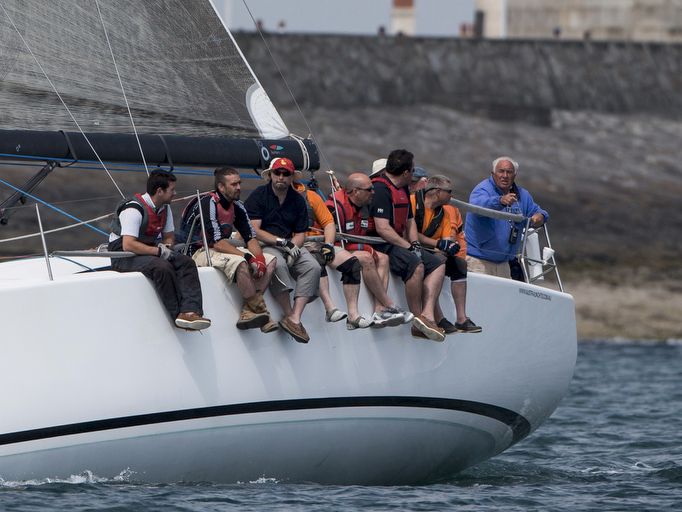 The Royal St. George Yacht Club in Dun Laoghaire is the host venue and organiser for this year’s championship that features a full entertainment programme including a Grinder challenge and Mount Gay Rum promotion.

The event will also pay tribute to the late Tom Power, the former navigator on George Sisk’s series of WOW cruiser racers and who was also a stalwart of Irish offshore sailing going back to the Admiral’s Cup era.  He was a former Fastnet Race and Round Ireland Race winner as well as a long-standing member of the Royal Irish YC.  Both committee boats will sound one long blast prior to the start of race one on Friday morning for a minute’s silence in his honour.

In Division Zero, nine boats are contesting a three-race series of coastal races.  On both current and past form, a trio of Paul O’Higgins’ Rockabill IV from the Royal Irish YC, Frank Whelan’s Eleuthera from Greystones SC and Jay Colville’s Forty Licks from East Down Yacht Club are all in the hunt.

A large turnout of 21 boats is contesting Division 1 where J109’s comprise more than half the fleet.  Picking an eventual podium line-up is tricky but could include ICRA Commodore Richard Colwell on Outrageous from Howth YC, Pat Kelly’s Storm from Howth and Rush SC while Andrew Algeo on Juggerknot 2 is carrying a strong pedigree from his previous foray amongst the J109’s.  Brian Jones Jelly Baby from the Royal Cork YC is a relative unknown quantity on Dublin Bay but on past form is a likely front-runner.

Half-tonners are set for a showdown in Division 2 but ultimately the form boat has to be Nigel Biggs on Checkmate XVIII sailing under the Royal Irish YC burgee and who rarely visits Ireland without winning.  David Cullen’s Checkmate XV from Howth YC is a prospect as is Ronan Downing’s Miss Whiplash from the Royal Cork YC.

A total of 26 boats are contesting Division 3 and this year’s championship will be the first time many of this fleet will have raced against one another in such a big group.  Based on past form, the leaders could look like a three-way duel between Anthony Gore-Grimes Dux from Howth YC, Sybill McCormack’s Cartoon from the Royal Irish YC and Brendan Foley’s Running Wild from the host Royal St. George YC.

Division 4 features the smallest numbers of entries with Frazer Meredith’s Asterix from the Dun Laoghaire Motor YC considered the form boat.  Ten boats will also be competing in Division 5 under White Sails where Windsor Lauden and Steffi Ennis on their venerable Club Shamrock Demelza from Howth YC regularly top their field.

Weather prospects for the three-day series include a full wind range including light conditions up to fresh to strong winds so a complete test can be expected.

Frank Keane BMW are the title sponsors of the event while the Red C Trophy will be awarded to the best Under 25 team of the series.  North and UK Sailmakers along with Ropedock and Viking Marine are also supporting the event with prizes and services. 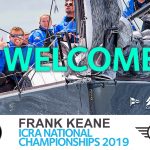 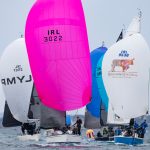 Back to back wins the order of day one at the ICRA national championships on Dublin BayNews, Press Release
We use cookies to ensure that we give you the best experience on our website. If you continue to use the site we will assume that you are happy with the use of our cookies.OkRead more